A Partner to Meet Requirements and Exceed Expectations 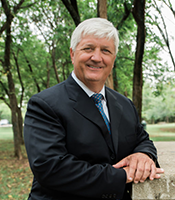 Robert C. Cox is President and CEO of Aviation Training Consulting, LLC (ATC), based in Altus, Oklahoma. Aviation Training Consulting was founded in 2001, and is a professional consulting company specializing in pilot, aircrew, ground-crew, and maintenance training.
Mr. Cox attended the Air Force Academy in Colorado Springs, Colorado, graduating in 1984 with a degree in Chemistry.

Mr. Cox spent the majority of his Air Force career in training development and management roles. His most rewarding assignment involved standing up C-17 training systems for the Air Force. During this assignment, Mr. Cox developed his deep understanding of how critical a curriculum based training continuum was to the preservation of human and material assets in aviation activities. Upon leaving the Air Force, Mr. Cox assisted the Department of Defense in a study and analysis to determine how curriculum based training requirements could facilitate financial savings in new acquisition programs. From this analysis, along with Mr. Cox’s extensive background in training management, it became clear that there remained a void to be filled in aviation training systems throughout government and the private sector.

Philip Cox is the Vice President of Finance and Chief Financial Officer for Aviation Training Consulting, LLC, based in Altus, Oklahoma. He is responsible for all financial management operations and serves on the executive council responsible for setting the strategic direction of the company.

Mr. Cox joined ATC in 2002 and has served several functions throughout the company. His knowledge and expertise in many functional areas within ATC has provided him with the capability to help advise Mr. Robert Cox. Prior to joining ATC, Mr. Cox spent over 15 years working in the consulting and information technology sectors for A.T. Kearney, Accenture, and EDS where he worked primarily in the operations and human resources areas. 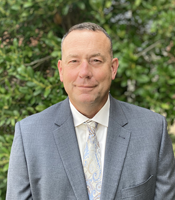 Kelly Hines is the Vice President of Domestic Operations for Aviation Training Consulting, LLC (ATC), based in Edmond, Oklahoma. In this capacity, he is responsible for overall strategy and operational activities of all Domestic Programs. Providing leadership of a highly talented workforce, with a demonstrated history of success working in the aviation industry. He is also charged with the design and execution of plans to strengthen the company’s market positioning and cultivating effective customer relationships.

Mr. Hines enlisted as an Infantryman in the Oklahoma Army National Guard in 1985. He obtained his bachelor’s degree in 1992 and subsequently commissioned as an Aviation Second Lieutenant in the US Army. He also holds master’s degrees in history and strategic studies. His military career highlights include serving 10 years in Special Operations Command, multiple combat deployments to Iraq and Afghanistan, to include one as an Aviation Battalion Task Force and Forward Operating Base Commander, and he command the 110th Aviation Training Brigade at Ft. Rucker, AL. He was a UH60 Blackhawk pilot and retired from active duty in 2019 as a Colonel with over 34 years of service. 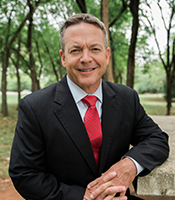 Dennis Stephens was named Vice President of Programs in January 2018. He is responsible for the execution of all company programs and projects. As a member of ATC’s executive counsel, Stephens reports directly to the Chief Executive Officer and President of ATC, Robert Cox. A 10-year veteran of ATC, Stephens served as a Program Manager for multiple programs before being promoted to Director of Operations, and later to VP of International Operations.

After obtaining his Bachelor Degree from Northern Arizona University in Flagstaff, Arizona in 1988, Stephens was commissioned a Second Lieutenant in the USMC in May of 1988. He served 23 years as a CH-53E helicopter pilot. Military career highlights include multiple overseas deployments; two combat tours, including one as Squadron Commander, Heavy Marine Helicopter Squadron 462; and senior staff assignments at First Marine Expeditionary Force and Marine Air Group 11. 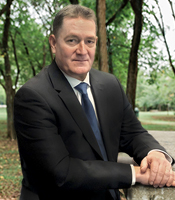 Michael Young was named Vice President Planning and Development in December 2019. He is responsible for executive level capture activities and assisting in the development and implementation of corporate-wide business development strategies. As a member of ATC’s executive counsel, Michael reports directly to the Chief Executive Officer and President of ATC, Robert Cox. Michael has been part of the ATC team for seven years and has contributed in a variety of positions – to include residing in Kuwait as the ATC Director of Operations for three years and two years as the VP for Corporate Operations.

After obtaining his Bachelor Degree from Presbyterian College in Clinton, South Carolina in 1988, Michael was commissioned a Second Lieutenant in the USMC. He served 30 years as a CH-53A/D/E helicopter pilot. Military career highlights include multiple overseas deployments; Squadron Commander, Heavy Marine Helicopter Squadron 464; and senior staff assignments at Second Marine Expeditionary Force and Marine Air Group’s 29 and 26. He also served as the Assistant Chief of Staff for US European Command in Stuttgart, Germany and completed his military career as the Deputy Commander Naval Safety Center in Norfolk, VA. 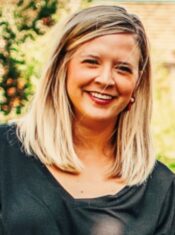 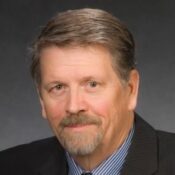